Given Adam Carolla’s long-running track record of leading from the front of the podcast race, it’s not only fitting that he is an accomplished race car driver with an impressive private collection of high-performance vehicles, but also that he is the winner of Podcast Magazine’s “Top 50 Dads in Podcasting” inaugural crown!

And while Norm Pattiz, Founder of PodcastOne, may not have children of his own, few would argue his right to be recognized as The PodFather of podcasting.

Together, Adam and Norm have long been considered two of podcasting’s patriarchs—a formidable dynamic duo that will undoubtedly remain at the industry’s forefront as we enter the next decade.

Before deciding to forge into podcasting early in the medium’s lifecycle, Adam was already a household name thanks to his terrestrial radio career (Loveline with Dr. Drew, anyone?) and the now infamous sketch comedy television show, The Man Show, which ran on Comedy Central from 1999-2004.

And, Norm? As the founder of broadcasting powerhouse Westwood One, he had already established himself as a successful media icon long before applying his talents to the world of podcasting. 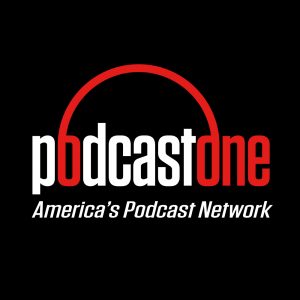 It is, perhaps, Norm’s ‘supernatural power’ for, as Wayne Gretzky put it, “knowing where the puck is going” that has rightfully earned him the reputation of having unparalleled clairvoyance. His track record for being at the forefront of emerging trends and recognizing talent poised to go big is uncanny.

Creating the juggernaut that is now one of the industry’s leading audio networks, however, required the significant investment of time, energy, resources, planning, and… understanding.

After first being introduced to the potential of the medium through PodcastOne’s current President Kit Gray, Norm referred to podcasting as “the new broadcasting,” quickly recognizing clear delineations between the platforms.

“Terrestrial radio is a medium of formats, such as music, talk, and more,” Norm explained. “Podcasting is a medium of programs, similar to how television is structured.”

To create programming that would appeal to a wide array of listeners, PodcastOne focused on tapping into existing relationships—and influencers such as Adam—who could hold attention on an ongoing basis.

Norm shared, “There are a couple of people in my world, and probably in everyone’s world, who you hear talk and immediately think, ‘Oh, I want to hear what he has to say.’ Adam is certainly in that very small group.

“He has a unique ability that I haven’t seen in many, if any, other people: to be able to conduct interviews that shine the spotlight on his guests while simultaneously demonstrating his immense talent… without coming across as overbearing.”

From his earliest days in radio, Adam recognized that he had a unique ability to balance humor, education, and the subtle crudeness required to appeal to a younger, predominantly male demographic. As his following grew, so did his boldness. 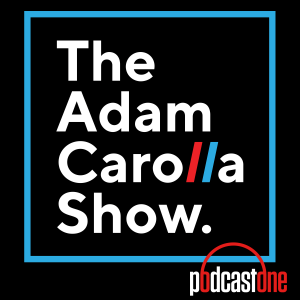 “What I’m best at is getting the guests to just the right amount of comfort, so they know I’m on their side,” Adam explained. “Then, I can ask super-insulting questions and, because they know we’re just having fun, they’ll answer ‘em.”

Being able to make people laugh at will is certainly one contributor to Adam’s success and a core reason for his remaining at the top of the audio game for so long. Another key component? Teaming up with Norm, who claims that, while he’s not truly clairvoyant, his keen business sense has helped him to stay at the top of business world for decades.

“I’ve been fortunate to be able to assess various business and broadcast entities to determine what it is they might need that they can’t do for themselves,” Norm said. “When [Kit] told me about podcasting, I thought, ‘Well, geez, this is Westwood One for the digital age without having to filter things through our radio stations and be conscious of radio formats. Given my interest in creating great content, it was nirvana.”

Having Adam contribute his singular voice to the mix sealed the deal. Norm jumped at the chance to work with the man he considered a legend. From his perspective, everything Adam touched turned to gold, his content was stellar, and his involvement would inevitably lead to exponential growth in terms of audience share, revenue, and credibility.

Norm’s intuition, once again, was spot on. By all measures, PodcastOne has done very well—having recently been acquired by LiveXLive Media, Inc. for a reported $18.1M in an all-stock transaction that is slated to close this month.

Of course, with recognition comes the inevitable… criticism. Both admit it’s the price one pays for being in the public eye.

“Everyone enjoys a pat on the back,” Adam said. “We’re living in a time where there’s instant feedback.

“If somebody says, ‘Hey, you did an interview with this guy and you did most of the talking,’ I go, ‘You know what? I think that person might be right. I should look into that.’ I don’t think you should take every negative critique and just dismiss it.

“I think you should absorb it, digest it a little, and kind of wonder, ‘What can I get out of this?’ Because there’s oftentimes kernels of truth in the negative critiques.”

Norm added, “You don’t go into business expecting to be loved by everybody. A thick skin is required to thrive and, ultimately, history will be the one that really tells your story.”

The history books, however, will have to wait awhile for the final chapters of Norm and Adam’s stories. It should certainly be an interesting decade ahead—one stacked with opportunity after the lock-up period for the sale of the stock received has expired and their pockets get even deeper.

Until then, Adam’s intrinsic curiosity and interest in people is sure to keep him on the cutting edge of what’s now, what’s new, and what’s next.

Clearly, no matter where Adam or Norm are headed, there will always be plenty of people excited to go along for the ride.

Rachel Luna: Are You Willing To Offend?

How Does it Sound? Fundamentals for Quality Podcast Sound