When you come from a family of people who are obsessed with food and love to eat, it’s not surprising that you’d grow up to become a famous award-winning host of a food podcast.

Launched in 2010, The Sporkful has won the James Beard Award, Webby Award, and Saveur Award for “best food podcast.” It has a 4.6-star rating with over 3000 reviews written in the decade it’s been on the air.

Host Dan Pashman graduated from college 20 years ago with a dream to host his own radio show, which ultimately morphed into hosting a podcast. Working as a producer of various radio shows—first at Air America Radio with Mark Marin, Rachel Maddow, and Al Franken, and then at NPR to create shows—his goal of hosting never left him.

Coming of age during multiple recessions, he had a front-row seat to the tumultuousness of the internet and technology disrupting radio and traditional media. That put a wrinkle in his hosting dream as he landed jobs on shows that kept getting canceled. Laid off from six jobs in eight years, he finally reached the point of contemplating leaving the world of media to attend law school. Fortunately, though, some friends of his were starting podcasts, and Dan had the foresight to jump into the space as well, in 2010.

Says Dan: “I figured [podcasting] is the future, so I might as well get in on it now. What podcast can I host? What do I have something to say about? I’d worked a lot in news and politics, but I didn’t think I had anything interesting or different to say about either of them. But I always sort of had this idiosyncratic approach to food and a lot of opinions about it. And so I thought, well, maybe that’s what it could be.”

The creative intent behind The Sporkful was around something that happens a lot with food: revealing something that’s been in front of you all long, but that you never took the time to notice. 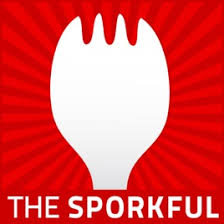 “We’re all eating every day. But there’s a lot of little details of the eating experience that we don’t notice. And because I’m kind of an obsessive person, I notice them. Our goal is that, in every episode, people will learn something and feel something—that’s kind of where it all begins. My other goal is to make sure it is constantly changing and evolving. That’s important, if you’re gonna do a show for this long and still be excited to do it.”

Dan’s not a chef, so in its early days, The Sporkful was not about cooking. It wasn’t about restaurants. He didn’t even want to have chefs on as guests. Rather, it was about obsessing over the tiny details of the eating experience.

“It was like, let’s spend 20 minutes talking about the idea of surface area to volume ratio of ice cubes. Or, how many things can you put into a grilled cheese sandwich before it ceases to be a grilled cheese? And what’s the best way to get your money’s worth at an all-you-can-eat buffet? These kinds of like really pressing issues, you know?”

His grounding in food came from his upbringing. It was a topic of conversation for his whole family, and something they always looked forward to. When they went on vacation, his mom planned all the meals a month in advance.

“I just love to eat,” Dan said. “I was not the most adventurous eater growing up. I’ve gotten more adventurous now, but I’ve always just taken a lot of pleasure in food, and I liked to tinker with it. I’m a sort of obsessive, detail-oriented personality. So even in my 20s, I didn’t want to order the egg-and-cheese sandwich from the diner. I would get an omelet with an English muffin on the side, so I could cut up the omelet and place it in the English muffin and make my egg-and-cheese sandwich exactly the way I wanted, instead of trusting someone else to assemble it.”

His friends would always speculate… “What’s Dan gonna do this time with his English muffin?”

“It was a thing to watch. I was this sort of sideshow freak. Friends of mine who have known me for a long time can’t believe I turned this into a career.”

After launching The Sporkful, Dan landed a book deal with Simon & Schuster. Four years into hosting the show as a side project on nights and weekends, it was picked up by WNYC New York Public Radio, and podcasting became his full-time job. At the same time in 2014, his book Eat More Better: How To Make Every Bite More Delicious hit the bookstores, and Dan became a well-known name in the food world, ultimately being featured on The Today Show, Radiolab, Guy’s Grocery Games, NPR’s Morning Edition, WTF with Mark Marn, Planet Money, Beat Bobby Flay, Freakonomics Radio, and more.

In 2017, The Sporkful moved over to Stitcher, where Dan happily reports that it is thriving both creatively and financially. Periodically, he also does live shows. Last year, they did 12, some of which were outside the orbit of New York and in front of live audiences in theatres in Portland, LA, Chicago, Minneapolis, Orlando, Charlottesville, Richmond, and Washington, DC.

Whether he’s happily munching along with a Southern Baptist matzah expert, discussing what makes seltzer sparkle, or cautioning candidates who are running for office against eating corn dogs, Dan’s passion and quirkiness shine through, which makes this show so popular and entertaining.

What’s next for Dan?

“This is a little bit of a sneak preview here… next year, we are launching the biggest, craziest, most ambitious Sporkful project ever—I am setting out to invent a new pasta shape, get it made, and actually sell it!”

Every Day Is a School Day! A Guide to Home Projects and Improvement