As the great Mark Twain once said, “Find a job you enjoy doing, and you will never have to work a day in your life.” The jury is still out on whether Twain was correct, but it is a nice sentiment.

It is a common human experience to seek joy and contentment in one’s life by figuring out how to get paid to do something you love, but only a fraction of people is able to do just that. Tal Minear (they/them), an indie audio fiction podcaster and creator of an impressive catalogue of shows (Someone Dies on This Elevator, Sidequesting, What Will Be Here?), has a response to the adage: 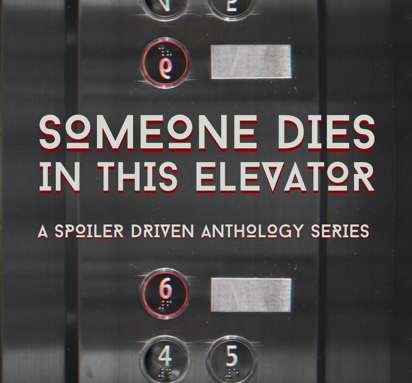 What if there’s another way to have a full life?

Long gone are the days of BEING “the job.” New phrases like “quiet quitting” and “mental health day” are becoming more prevalent in society as workers put a higher priority on self-care than slaving all day for a company that ultimately views them as replaceable dollar signs.

People are opting to supplement their fulfillment outside the workplace, Minear being one of them. They’re currently quite happy with their position as a mechanical engineer in the Research & Development Department for a lighting company, and their career has also helped them cultivate several useful hard and soft skills—such as project management and agile critical thinking—that lend well to being the showrunner of a podcast (or in Minear’s case, podcasts).

However, Minear also has myriad hobbies that they engage in on their personal time, and it is in these activities that they are able to truly be who they are.

Based out of California, Minear is not just a mechanical engineer and podcaster. They are also an accomplished swordsmith and have been practicing medieval martial arts for the last five years. Their collection of swords sits in a stand in their home, proudly displaying their favorite weapons, and Minear makes sure to spend time with their sword-fighting community regularly, engaging in sparring matches with consenting, like-minded individuals. When asked what they most value about sword-fighting, Minear said, “The idea is to look at how these plays or counters were done back in the high times of knighthood and then learn and apply them in practice. It’s really good exercise, and it’s also really fun to spar.” They added, “It’s exciting to bring things that are in this really old text written by long-dead men to life.”

Minear also dabbles in painting, focusing mostly on landscapes and animal life. Most recently, they have been inspired by their cats, Emma, Leggy, and Arwen, as well as the fish and other animals at their local aquarium. Painting is oftentimes considered a meditative practice, and the motions of putting a brush to canvas to create a work of art can be an effective mindfulness exercise. Minear’s walls are speckled with art, livening up their environment and giving it a cheerful ambiance. If nothing else, the art and swords are excellent conversation pieces for visitors.

Mechanical engineering, sword fighting, and painting might seem to be enough to fill a person’s schedule completely, but Minear also makes time to write, publishing articles on Medium and the Simplecast blog. Their work caters to podcast creators—audio drama creators, specifically—detailing the nuts and bolts of the behind-the-scenes activities necessary to run one’s own show (such as crowdfunding and casting) while also shedding light on the trans and nonbinary experience in the podcasting space.

A champion for diversity and inclusion, Minear devotes a large chunk of time to fighting for a space where folks like them can have a voice in a world that seems to go out of its way to quiet them. Being publicly vocal about hot-button issues sometimes results in Minear catching the ire of the internet, but they’re more than willing to shoulder that brunt if it means the world will be better as a result.

Despite the sometimes-negative feedback to their views, Minear does engage in positive, progressive discussions that focus on how conferences and other public events can make themselves more inclusive, fun, and safe for everyone. It’s a difficult battle, especially since there is currently so much opposition to Minear’s efforts. That doesn’t mean that they are going to give up, however.

Get used to it, indeed, because Minear isn’t going anywhere.