One of the common threads that links humanity together is our quest for balance.

Often viewed as a somewhat elusive lifestyle, Jocko Willink, a highly decorated Navy SEAL and combat veteran who was awarded the Silver and the Bronze Star, sees it differently.

He is widely known as a co-founder (and the Chief Executive Officer) of Echelon Front, a leadership consulting firm where he teaches the leadership principles he learned on the battlefield to help others lead, and win—which includes finding that sense of balance.

An accomplished black-belt Brazilian Jiu-Jitsu practitioner, he also owns Victory MMA and Fitness in San Diego and is the co-author of the #1 New York Times bestsellers, Extreme Ownership: How U.S. Navy SEALs Lead and Win and The Dichotomy of Leadership: Balancing the Challenges of Extreme Ownership to Lead and Win, as well as the author of Discipline Equals Freedom Field Manual and the best-selling Way of the Warrior Kid children’s book series. 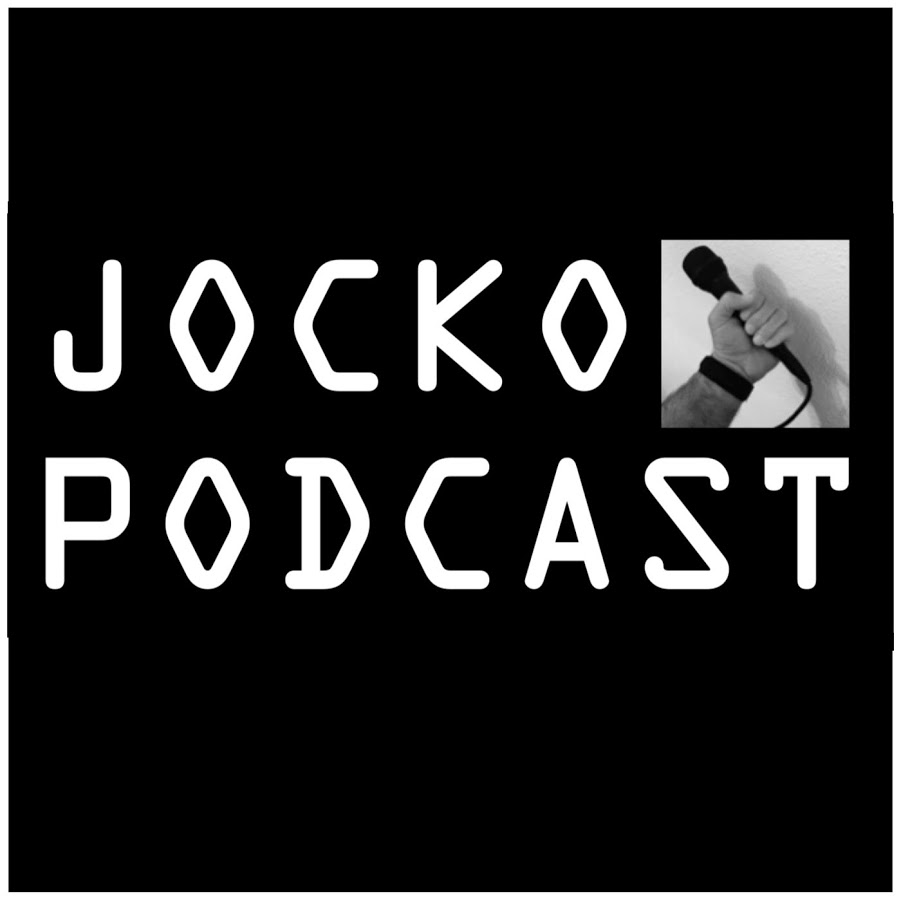 His podcast, the Jocko Podcast, boasts over 17,000 reviews, and at the time of this writing, ranks as the 60th most popular podcast in the world.

As if that’s not enough, he’s also a husband to his wife Helen for over 20 years and dad to four kids ranging in age from 10 to 19. Suffice it to say, Jocko can speak to the importance of balance.
Jocko, whose real name is John Getton Willink, is a retired, decorated Navy SEAL who spent 20 years in the military, eventually reaching the rank of Lieutenant Commander. He has, perhaps, always had military ‘in the blood.’

“When I was a little kid, I turned every stick into a toy machine gun. I painted my face with burnt cork for camouflage and ran around in the woods. I always wanted to be a commando of some kind.”

“All I wanted was to be a good SEAL… to do that, you have to work hard. People are relying on you, and you of course want to take care of your friends. That’s a really powerful driver in life.”

As one might expect, his experience on the front lines of war changed him as a man.

“War made me a better person. I’m more appreciative of what is available in the [non-combat] world, and of every day I am alive. I was lucky enough to lead troops in combat, capture the lessons learned, and now use them to help others. Yes, war is horrible. I’ll say that the worst days of my life absolutely were in Iraq, but the best days of my life were there, as well.”

That type of dichotomy—the balancing of extremes—might seem even more elusive when integrating “normal” life with a past largely centered around war. Jocko’s view on it, though, is simple:

Balance is something Jocko relies on in all areas of life: in the military, as an entrepreneur, and as a husband and dad. On the surface, the contrast between the military’s finite guidelines and the fatherly duties of encouraging children to forge their own paths could offset that balance.

But Jocko says, “Leadership is leadership. Whether you’re leading a platoon or your family, you need to utilize the same concepts. I use total decentralized command. In a SEAL platoon, if someone knew what he was doing, and had the right mission in mind, I would give him complete freedom. I’d let him run, clearing the path for him. If someone wasn’t squared away like that, he’d probably tell you I was the biggest micromanager and never let him do anything. And he’d be right.

“I run my company and my family the same way. Everyone knows if they’re doing the right things for the right reasons, they can pretty much do whatever they want.”

Jocko’s book, The Dichotomy of Leadership, further demonstrates how nothing works in extremes—a principle that applies to ALL areas of life.

“One of the SEAL mantras is to never quit. And when you’re going through training carrying logs around, and you’re wet and cold, and it’s all there to make you quit, you never quit. But when you get to a SEALs Team, and you’re running missions, and what you’re doing isn’t working, it’s different, right? Let’s say you’re taking a lot of casualties. Going forward in the ‘no-quit spirit’ doesn’t make sense. If you did, before you know it, your entire platoon could be dead, and then, you can’t do anything.

“Same goes in the business world. If you keep investing money into things that don’t work, the next thing you know, you’ve burned through all your capital.

It makes more sense to take a step back, do a tactical retreat, regroup, complete another assessment, and maybe find a different, more effective angle to take in both situations. This would be an example of taking a random mantra from SEAL training and trying to apply it across the board in your life. It will end up with negative results.”

Jocko credits balance with his successful marriage as well. In a world where 50% of civilian—and 90% of Navy SEALS—marriages end in divorce, Jocko relies on the same basic concept.

“My wife and I work together as a team. We control our emotions. It’s not weak to have emotions, but there is a balance. If you lose control of them, you have moments of weakness. We don’t make good decisions when we’re emotional. If your spouse is emotional and you respond by reflecting those very emotions back, that’s going to escalate into a bad situation. Now, this doesn’t mean the opposite end of the spectrum, either. It’s that dichotomy. If my wife is mad about something and I say, ‘You need to calm down,’ that won’t work. I use a strategy of ‘reflect and diminish’: if my wife is super emotional about something, I’ll reflect some of that emotion, but I’ll diminish it—bring it down a level—deescalate it, so she can still see me as being on her team. I’m not talking about being devoid of emotions, but you can’t let your emotions get out of control.”

Of course, so much of emotion is based on perception, and our life experiences affect our perception. It’s easy to become overwhelmed by our everyday stresses, but putting ourselves in the shoes of Jocko Willink goes a long way to provide perspective.

“You come home from deployment and see someone losing it over something trivial when you were just getting shot at, and that has to become your new reality.

To further illustrate the point, Jocko shared the story of Captain Charlie Plum.

“I was lucky enough to have Captain Charlie Plum, an F-4 Phantom pilot in Vietnam, on my podcast. He was on his 75th mission when he was shot down and immediately captured by the North Vietnamese. He spent the next six years of his life being starved, tortured, and beaten. He told me how there was a lot of ‘turnover’ in cellmates. The rule they lived by was, ‘If my cellmate does something that annoys me, that’s not his fault. It’s my fault for allowing myself to be annoyed.’ And when you think about things from that perspective—when you take that much ownership of your thoughts, emotions, and life, it’s one extreme that really is hard to beat.”

Jocko takes these life philosophies—discipline and leadership in business, war, relationships, and everyday life—and expands on them on his podcast, the Jocko Podcast, which launched in 2015 after Tim Ferriss and Joe Rogan encouraged him to do so.

Though the show is based on the premise of leadership consulting, Jocko believes it’s really about human nature. Fascinated by the way people respond to different situations, particularly in the harshest of circumstances—combat, war, atrocities like concentration camps and POW camps—Jocko looks at life through the lens of war and leadership.

And podcast fans love it. The Jocko Podcast has risen to the top of a saturated market, generating millions of downloads, likely due not only to the powerful content Jocko provides but, also because of his authentic nature.

The connection the medium allows fuels Jocko’s motivation to podcast.

“When I started my show, I knew I had interesting things to share and talk about. I thought some people might want to hear it, sure. I didn’t know it would be this many,” Jocko said. “People now tell me they feel like they know me because they listen to the show. That’s accurate. You actually do know me, because the podcast is me. There are hundreds of hours of me talking about very meaningful, sometimes heavy subjects. It’s also me joking around. The longest episode I have is five hours and 25 minutes. When’s the last time you sat down with your wife for that long, with zero interruptions? The podcast allows me that level of connection with my listeners.”

After accomplishing more by age 49 than most will in several lifetimes, the natural next question is, what’s next?

“I have a lot of work to do,” he said. “I have businesses now, and a lot of people counting on me to do a good job. Just like when I led a platoon—it wasn’t my platoon, it was ours. I led so I could take care of the guys and they would be successful. When people, including my podcast listeners, ask me to keep going, I keep going.”

By Jocko’s own definition of success—“being a productive member of society and happy with what you’re doing”—he is successful on every level.

Looking for a podcast that’ is part kick-you-in-the-pants motivation and part no-nonsense, real-world business advice?

A Sweet Kick in the Booty

“My podcast is kinda like getting a hug from a friend, but also a sweet kick

UTR: Your Own Backyard

This Fathers’ Day, daughters and sons young and old will celebrate with their dads.  Unfortunately,

Patrick Hinds is a true-crime fanatic.  Co-host of the very successful True Crime Obsessed podcast with