Podcasting in 2021: How To Position Yourself for Success 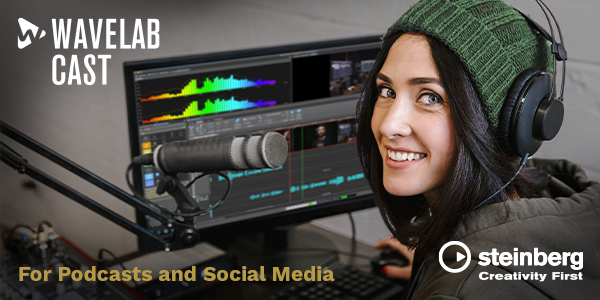 Last month, most of us breathed a sigh of relief as the clock flipped over to 2021… it’s over!

But just as the clock doesn’t change the pandemic, political strife, or any other world problem, it won’t change you, either.

A new year is a great chance to reassess, yes. But I believe New Year’s resolutions are overrated. In fact, statistically, you’ll have already given up on yours by the time you read this. And the reality is that most people will continue moving in roughly the same direction this year as they did in 2020.

Sure, society will change. And people’s reactions might slightly change. But if the change we seek is the big, life-changing kind, it takes more than resolutions.

It takes an examination of our core mindset, our largest goal, and the weekly steps we’re taking to prioritize that goal.

Since you’re reading this article, it’s probably safe to assume that one or more of your goals for 2021 relates to podcasting. And because the podcasting world is growing in competitiveness and large corporations like Amazon, Spotify, and Apple continue to make it tough for independent podcasters, most podcasters spend at least some time thinking about how to ensure/continue to ensure they stand out from the competition.

Each week, I get to watch new podcasters position themselves to gain access to experts, leads, and opportunities in 2021.

Here’s what they’re doing that works:

Dr. John Gottman discovered that when a couple gets into a fight, the first 30 seconds will determine whether it gets volatile or resolved. Really, this applies to all aspects of life.

How we enter into a project, podcast, meeting, conversation, etc. determines the outcome. And as a psychologist, I can tell you that almost every client I have ever had needed to evaluate his or her mindset.

Spend some time thinking about your mindset going into this new year.

Are you expecting success in podcasting? Do you expect to make new connections that will be game changers? Do you have an idea of what you need to change in your podcast to make things even better?

Geoff Woods, host of The ONE Thing Podcast recommends getting really clear on the value you deliver in order to improve your podcast.

“One change we’ve made to The ONE Thing Podcast that had a big impact was asking ourselves what the purpose of the show really is,” Geoff said. “Once we were clear on the value we wanted to deliver, then we started asking, ‘Who’s the ONE person who would best deliver this value?’ and featuring those people. This is a more purposeful approach to the content we create, and the results have been extraordinary.”

The book, The One Thing, asks the question, “What’s the one thing you can do, such that by doing it, everything else will be easier or unnecessary?”

I’ve spent time answering this question every year since 2015. One year, my goal was to double my consulting hourly fee from $250 to $500. Next, it was to have six mastermind groups. Then, it was to launch a membership community, and then, to get a traditionally published book deal.

Each one of these big goals made the next even easier. Doubling my hourly consulting and switching from one-on-one to group freed up time to work on other lead-generation tasks. When my membership community hit 400 people paying $99/month, it created predictable income. Getting a book deal with HarperCollins is allowing me to meet influencers I wouldn’t normally meet.

So, figure out your largest goal(s)—those that will have a “snowball effect” in accomplishing others.

For most of us podcasters, for example, we want to grow our audience. Doing so makes accomplishing the next goals easier: increasing our reach, getting booked on more shows, and securing sponsorships.

How are you structuring your time each week to work on your biggest goal?

Most people spend their week putting out fires, managing email, and wasting time on social media. But come the end of 2021, do you think you’ll be satisfied saying, “I reached my goal this year; I was at inbox zero every day!” Of course not! But what if you could say, “I hired someone to manage my email, freeing up an hour a day to work on bigger creative tasks”?

Those little tasks suck away your energy, creativity, and actual time that you could be spending on things that move you closer toward your big goal.

Let’s say your biggest goal is to grow your audience with superfans. Instead of spending time on your email, here’s what Joe Fier, from the Hustle and Flowchart Podcast, recommends:

“2021 is the time for podcasters to zero in on who their audience is. It’s time to create episodes that solve specific problems instead of going broad. Run surveys and ask questions of your audience to understand what they want better than anyone else. With this narrow focus, podcasters solve more problems, and as a result, grow their shows more quickly while creating more raving fans.”

Or, maybe you try what Adam Schaeuble from Podcasting Business School offered:

“People seem to be craving human connection right now, so ask yourself this question: When am I giving my community a chance to be a community?’ I think if you can provide enhanced interaction opportunities for your audience, they will transform into superfans.”

You get the idea. The key here is to commit specific time every week to working on specific action steps that move you closer toward your big goal.

If you’re serious about positioning in 2021, do what many of our Podcast Launch Schoolers are doing: work on your mindset, identify your biggest goal(s), and set aside specific time each week to work on specific actions that get you closer to your desired end result.